John Moore’s now iconic image of a girl crying for her mother during an arrest on the United States/Mexico Border. John Moore/Getty Images

The “zero-tolerance” policy on illegal immigration instituted by Attorney General Jeff Sessions in April and discontinued Wednesday via executive order by President Trump has resulted in the separation of children from their parents and placed a human face on one of the hallmarks of President Trump’s approach to immigration reform – using unyielding interpretation of existing laws to enforce a hard-line immigration agenda.

Immigration law is complicated and nuanced, and in many cases, immigration policy in the United States is determined through memorandums from the Department of Justice and United States Customs and Immigration Services – not by changes to any written law.

With his April directive, Attorney General Sessions instructed federal attorneys to prosecute illegal border crossing charges to the fullest extent of the law, in this case, the Illegal Immigration Reform and Immigrant Responsibility Act. Passed under President Bill Clinton in 1996, the Act made it a crime to enter the United States illegally – usually charged as a misdemeanor. During the Bush and Obama administrations, violations of these laws were handled through civil deportation proceedings and families remained intact. To be clear – it is a fundamental human right to seek asylum in another country, and those entering the United States to seek asylum should be given the opportunity to plead their case in court.

With ports of entry closed or at capacity, asylum seekers have turned to illegal border crossings. Due to Sessions’ decision to prosecute 100% of adults caught violating the law, illegal immigrants arrested by Border Patrol officials are being placed into criminal proceedings, which requires the separation of children from their parents. U.S. Customs and Border Protection said that 2,342 were separated from 2,206 adults from May 5 to June 9.

The separation of families under Sessions’ directive has sent shock waves through the United States and world, as images of children clinging to their mother’s leg and recordings of their plaintive cries saturate the news cycle. The resulting backlash came from business leaders, first ladies, and politicians from across the political spectrum.

Even with President Trump’s most recent directive, which will allow families to be detained together after parents have been charged with the misdemeanor crime of entering the country illegally, the debate over immigration reform will likely rage on through the country’s midterm elections in November.

Additionally, President Trump has made it clear that any immigration reform that comes to the Oval Office should include provisions for building the border wall promised during his 2016 campaign. As politicians talk about construction of a border wall, it is important to remember that an invisible “wall” has been a work in progress since the President’s inauguration. The ways in which the Trump administration has fundamentally changed legal immigration to the United States has impacted every aspect of mobility – from travel bans to limitations on work and immigrant visas to increased hurdles to naturalization. Examples include:

As immigration attorneys that work with businesses, hospitals, and higher education institutions, we have seen “the wall” impede growth and progress, and create uncertainty in industries that are the bedrocks of our local and national economies. We work with highly skilled inventors, artists, scientists, and entrepreneurs who envision a productive and prosperous life in the United States. We work with people who have worked hard to realize their dream of becoming green card holders or naturalized citizens, and who hope to build businesses and families in the communities they call home.

None of our clients need walls – they need immigration policy that considers not just the rights of human beings – but the intrinsic value we each have, regardless of our country of birth. 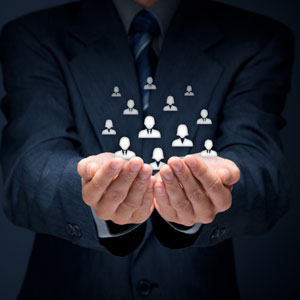 Would You Like to Receive the Latest News on Immigration Law in the U.S.?

Join Our Mailing List to get news analysis and updates on immigration law delivered to your email inbox.

You have Successfully Subscribed!